A supernatural action game for PC/Mac

Evernow (for PC & Mac) could be pitched this way: ‘An action game about using ghosts for hunting ghosts’. But we could also use these: ‘A game that blends action with the collective unconscious’ or ‘A game about using magic weaponry in the 40s’. All of them are suitable!

You are Bradford, member of an esoteric secret society, a researcher of the occult and owner of some of the strangest magical artifacts. The most unusual one: the Phantom Cage, a strange box enclosing a gateway to the collective unconscious, the place you must return all spectra, abominations and daemons that have escaped it. 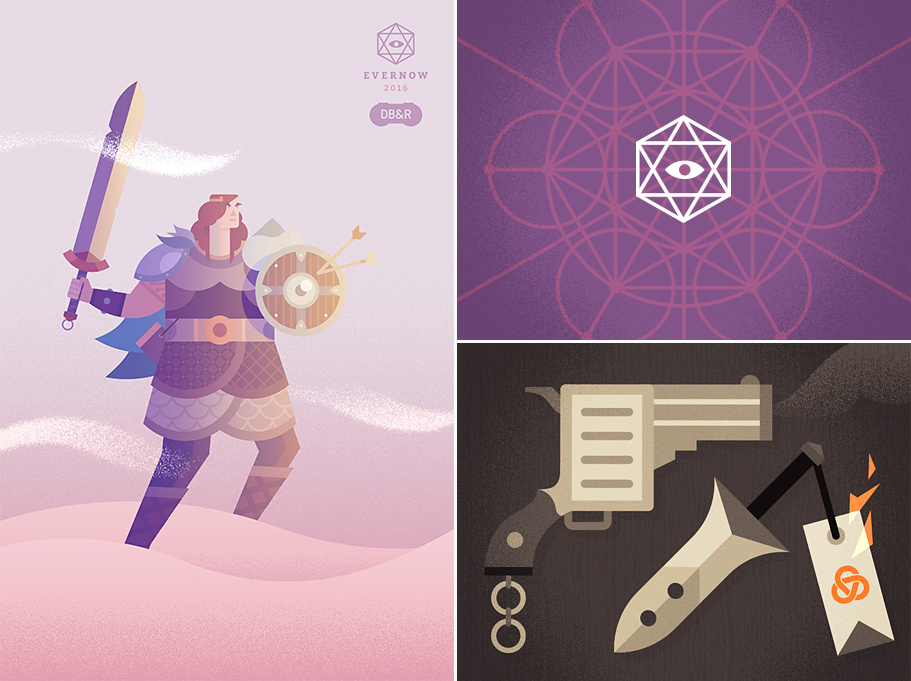 But Bradford is not a warrior, he is a scholar. If he wants to cope successfully with obscure and incomprehensible forces, he will be forced to constantly negotiate with spirits and strange entities to assist him in his mission.

Evernow is a rich action game with different areas to explore, each of them ruled by an entity unleashed from the other side, due to mysterious reasons. Use your magical weapons, amulets, spells and your personal daemons to restore the balance between this world and the other.

Will be available on:

Evernow is at an early development stage. We are working on a first playable prototype to be released as a demo. Our main goal: to get general feedback from players and a publisher’s guidance and/or interest.

Crowdfunding would be another option, eventually. Although it is too early to offer further information about the game, we are sure it will become a competitive arcade game for PC/Mac/consoles players and a pretty unique artistic project.